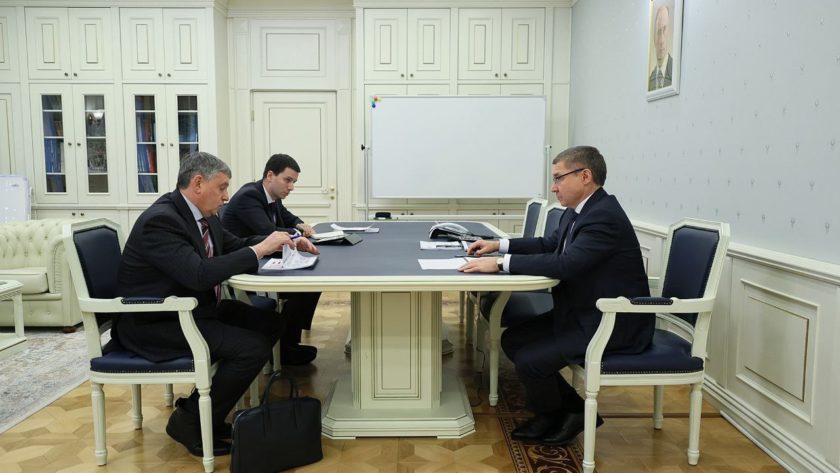 Presidential Envoy to the Urals Federal District Vladimir Yakushev met with Viktor Koksharov, Rector of Ural Federal University, to discuss the university’s participation in projects to integrate education, science and industry, as well as the creation of a world-class university campus in Yekaterinburg.

“Ural Federal University is a link between industry, science, and education. It creates and develops cooperative ties between higher education organizations, scientific institutions, and high-tech businesses that introduce new technologies into production. This work is especially noticeable on the example of projects of the Ural Interregional Research and Educational Center (UIREC) for Advanced Production Technologies and Materials. It is working hard on prospective projects and is already showing good results,” Vladimir Yakushev said when opening the meeting.

Victor Koksharov emphasized on the fact that all this would not have been possible without the efforts of teachers, scientists and students. Without their professionalism and creativity, without their desire to develop and to see our country strong and prosperous. The rector of UrFU acknowledged the support of state authorities at all levels, and praised the coordinating role of the presidential envoy as chairman of the UIREC Supervisory Board.

“UIREC currently comprises 51 technological projects that closely connect nine universities, ten academic institutions, and 54 industry partners in three regions,” said the Rector of Ural Federal University. “All of them are aimed at solving the most important problems in the field of space exploration, the nuclear industry, the development of transportation, medicine, energy, and other industries that are very important to the state. This year alone, 475 million rubles from federal and regional budgets were directed to the Center. I would like to point out the financial support of six youth laboratories, which received 89 million rubles under the annual state program.”

The parties also discussed in detail questions of further implementation of UIREC technological projects, possibilities of support of new Ural Federal University’s projects, and the process of construction of the university campus.